George A. Romero and What It Means to be Independent 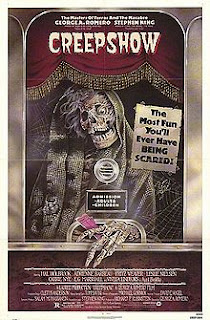 George A. Romero passed away this last Sunday. My facebook feed is filled with tributes. I must belong to all the right "groups," otherwise it would be nothing but cat pictures and histrionic parroting about "Russian collusion" and whatnot. I'm guessing Romero meant a lot of things to a lot of people. He absolutely transformed horror cinema. That would be enough to make him a legend. But he did so on his own, without any blessings from the Overlords of Hollywood, the suits and ties in the movie business who think they get to decide what will and won't be produced. This spirit of independence, to me, is Romero's most important contribution. As a writer who has been completely shunned by the mainstream publishing industry, I've had to go the independent route and it's not easy at all. Easy is selling out. Easy is "giving the people what they want." The difference between the corporate media and truly independent artists is the artists understand what the people want and what the people need are two different things. In 1968, the people may have wanted more pandering drivel like Guess Who's Coming to Dinner, but Romero gave them what they needed. Unlike a mainstream product, Night of the Living Dead wasn't made to be, ah, consumed over a weekend or two and then relegated to secondary markets. It took a while to build its steam and eventually became what the mainstream calls "a cult classic." That's their way of saying, "Gee, we really missed the fucking boat on that one!" In this day and age, when the corporate media cranks out nothing but one pandering, cloned product after another, that spirit of independence is more important than ever. The best thing we can do to honor the work and legacy of George A. Romero is to continue giving the public what it needs, even if it infuriates our corporate overlords.

And then, of course, when we're dead, we can come back to life and feast on our corporate overlords' guts!
Posted by AC at 7:10 AM No comments:

So I declared summer, 2017, the Summer of Horror at Drive-in Radio on KBGA. I spent the first month talking about the Golden Age of the Slasher Film. All four episodes are now archived at YouTube for your listening pleasure:

Episode One: The Golden Age of the Slasher

Episode Two: The Politics of the Slasher

This month I'll be talking about George A. Romero, Wes Craven, Tobe Hooper, and John Carpenter.

If you want to tune in live, the show airs on KBGA Missoula, 89.9 FM, available for streaming here, on Tuesday nights from 10PM to Midnight, Mountain Standard Time (That's midnight on the East coast and 9PM on the West coast).

If you ever hear anything on the show your disagree with or want to discuss further, feel free to do so in the comments section here. Just don't write anything stupid!
Posted by AC at 8:12 PM No comments: