The Second Life of Pulp Modern 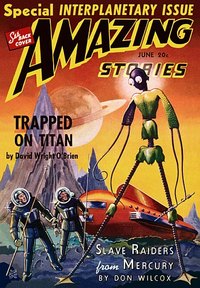 So I spent the last three months researching and designing an online course at the college I teach at called Fantasy, Horror, and Science Fiction Literature. In the process, I had to revisit the original pulps for all three genres and my love and fascination with writing that is truly imaginative was rekindled. I fucking love these magazines. Is there anything on the newsstand today that rivals Amazing and Astounding? Weird Tales? No. Not even close. Bringing back a culture of fantastic fiction through pulp publications was a goal of mine five years ago and I failed. I failed miserably.

Pulp Modern's first two issues approached what I had originally set out to do. After that, the journal (there's a problem right there--calling it a journal instead of a magazine) started to veer in odd directions. People noticed and hardly anybody submitted stories until I went to the "themed" issue idea. Well, this was all fine and dandy, but again, it was far away from my original intentions. That's not to say that every issue of Pulp Modern wasn't its own little masterpiece. I love issue five, the variety of stories in it was amazing. The JFK issue looked like something 20-year old Alec Cizak would have produced, full of paranoia (see Joe Clifford's story for an example) and all out rage, not to mention the highly imaginative pieces by Chris Rhatigan and Mav Skye. Stories in the drugs issue earned praise from Otto Penzler's assistant who helps put together the Best Mystery Stories anthologies (or something like that). And the last issue, when I went all crime all the time, was wall to wall great crime fiction. I'm proud of every issue of Pulp Modern and the writers who contributed should be even prouder of the work they produced. But Pulp Modern was inflicted by the sensibilities (or lack thereof) of the academy. The very name, Pulp Modern, suggested "postmodern" work would be acceptable. And I certainly did publish some stories that could fall under that category. But I feel that alienated the genuine genre writers out there who, ultimately, like me, don't want to waste time writing stories where the writer overtly pats him or herself on the back for being so gosh darned clever. Again, far, far away from what a real pulp is supposed to be.

The lack of sales versus the amount of time I put into producing Pulp Modern led to its demise. Not enough people cared and I blame that on lack of publicity and lack of exposure. Most people who might want a nice collection of stories to read on the subway or while they're sitting on the toilet don't look for material like that on Amazon. They see something on a newsstand or at Barnes and Noble, the cover catches their attention, and if they like the description on the back, they buy it. That means that any real movement toward a thriving market of pulp magazines needs to go a bit the old fashioned way--real magazines need to be printed up and distributed to book stores and newsstands.

So, all that being said, my ultimate plan is to start one of these kickstarter funds or whatever the hell they're called, and raise the kind of money that would allow for the publication of a real pulp magazine that actually pays writers a decent sum of money for their work (I, and hopefully the rest of you, have reached a point where publishing "for free" is not acceptable. Writing is work and it should be rewarded as such. Nobody asks a janitor to mop floors for free...). That is my goal and I will begin assembling a team of people to help make this happen. I don't know if the result will be called Pulp Modern, or if I'll start with a particular genre and then branch out with magazines for all the different genres. But that's the thinking for now. Any comments or suggestions are welcome.
Posted by AC at 10:07 AM 7 comments: 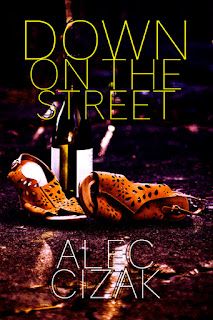 Just thought I'd say Merry Christmas to the two or three people who still read this "blog," if it can even be called a blog.

I've spent the majority of this year working. I wrote the rough draft to a novel. I look forward to polishing it and sending it out to be rejected by editors some time in 2017.

In January, 2017, Beat to a Pulp will publish a short story of mine called "Creepy."

Later in the year, ABC Group Documentation will publish Down on the Street, a novella I started work on way back in 2012. It's about a cabbie who makes the wonderful decision to become a pimp.

An old friend of mine recently read the "weird fiction" stories I've been working on for the last nine months and said she found them "tame." Of course, I'm trying to write elegant horror stories, so I shouldn't have been surprised by her assessment. My ego couldn't take it, however. I've pulled out a nasty little novella called Temple of the Rat that scared me pretty bad when I was last working on it in 2014 (it's actually the novella I had started for Drive-in Fiction way, way back in 2011). It's the most disgusting thing I've ever written. We'll see if I can find a home for it.

Now that I've forced myself to write a complete draft of a novel I'm not so hesitant to start another one. I hope to write at least one or two more over the next twelve months in addition to writing a feature-length script I'll shoot on my nice, new HD video camera here in Missoula some time in the summer.

Once again, have a great holiday season and hopefully I'll have much more to report over the next year.
Posted by AC at 9:18 PM No comments: