How Much Is Too Much? 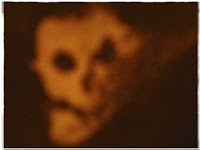 So I've been writing horror stories this year. My feelings about horror are that the less explained, the scarier the story. This has led to some issues, however, as I let people read these stories to gauge their reactions to them. One story in particular has caused several of my readers trouble. I just sent it to a horror anthology whose deadline was yesterday. I am worried because I don't want to hit readers over the head, explaining every goddamn thing, but I'm not quite sure just how much info I need to give before I can safely say, "All right, you're on your own!" Anybody out there have any ideas on this problem?
Posted by AC at 7:20 AM No comments: 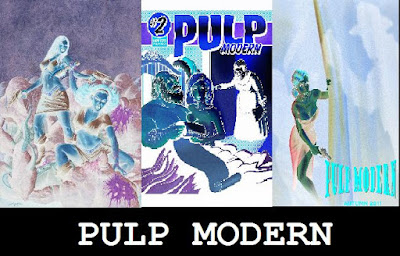 So folks on twitter are celebrating the 50th anniversary of the premiere of Star Trek. The original series claimed it would be a five year mission. Well, Pulp Modern turned out to be a five year mission. I will no longer publish it since it doesn't generate a tremendous readership. I'm not a publisher, it turns out. I have no idea how to properly promote stuff. From here on, I will stick to writing, making movies, and if I can find the right musicians in Missoula, I'll put my punk band back together.

Before I say goodbye to the Pulp Modern experience forever, I'd like to acknowledge the 91 amazing writers who contributed stories to the journal between 2011 and 2016. Take a good look at this list--these are the authors you should be reading, not whatever mainstream shit Oprah's selling on national television...