I don't know when the war on adverbs started. I know it made me paranoid as hell for many years. During revision, I would weed out any and all adverbs until there wasn't a single -ly word to be found in the manuscript. It eventually polluted my ability to enjoy older fiction by the likes of Jim Thompson and Phil K. Dick. Holy shit, those guys used a lot of adverbs!

In recent years, I've backed off my own fear of adverbs. What it comes down to is this: How relevant is the action you're describing? If it's not terribly crucial to the plot, if it doesn't add some insight to the entire story, an occasional adverb isn't such a terrible thing. Of course, it's always better to be concrete, to say, instead of:

She balanced on one foot precariously.

She balanced on one foot.

If she's on one foot, we know it's a precarious situation.

If you're describing a character's attributes, it's always better to be specific rather than general, mostly to help illustrate the character for the reader. Thus:

The side of her lip looked as though someone had attached a fishing hook to it and yanked it upwards every other second or so.

BUT, if that twitch isn't so important to the rest of the story, if it's not going to reveal more about the character, then go ahead and use the abridged sentence.

The key to adverbs is like the key to just about everything else in life -- Moderation. Don't overdo it, but don't ban them from your work completely.

(I will do one more post in this series next week and that's it, I'm not giving away all the secrets!)
Posted by AC at 3:01 PM 5 comments:

There are various crooks on Amazon trying to sell Manifesto Destination for absurd prices. The best way to combat that is to make the book available once again. All Due Respect will be putting out an edition similar to the Full Dark City version that was published a couple of years ago. This is the definitive version of the book. The editing is top-notch.
Posted by AC at 7:17 AM No comments: 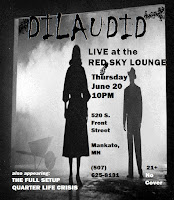 Here's something I see quite a bit of-- Pages of fiction with so many character names repeated that the whole thing looks more like a screenplay than a short story. Somewhere somebody got the notion that there's something wrong with pronouns. This is incorrect. If the reader knows who's speaking, we don't need to see the character's name. This is especially true when a conversation is taking place between a man and a woman. He said and she said are perfectly fine (I'll get to that adverb I just used in a future writing tip). Once a character's actions and place in a scene have been established, we only need to be reminded of his or her name if another character's actions have interrupted and momentarily dominated the scene. So, let's try an example:

Bill put his shoes on. "Baby, it's cold outside," he said to Marissa. Bill found his coat in the trunk, next to the corpse he'd been driving around. "I hate burying bodies in the wintertime."

Marissa disagreed. "I like how the wind keeps that dead body odor from attaching itself to your clothes." This didn't stop Marissa from bundling up as well. She also stretched, perhaps preparing her muscles for the brutal task of digging into solid ground all night. The last time they'd buried a body, Bill had complained of cramps, made her do most of the work.

Now this is all off the top of my head, so I may not be providing the best example. But in the first paragraph, we've established right away that this section is about Bill. Even though Marissa's name is mentioned, we don't need to remind readers that the male in the conversation is Bill unless something major changes. In the second paragraph, nothing major has changed. In fact, the first paragraph has set up the second paragraph so that no names need be mentioned at all, hence:

Bill put his shoes on. "Baby, it's cold outside," he said to Marissa. He found his coat in the trunk, next to the corpse he'd been driving around. "I hate burying bodies in the wintertime."

She disagreed. "I like how the wind keeps that dead body odor from attaching itself to your clothes." This didn't stop her from bundling up as well. She also stretched, perhaps preparing her muscles for the brutal task of digging into solid ground all night. The last time they'd buried a body, he'd complained of cramps, made her do most of the work.

Now that last sentence is tricky. There are some hardcore grammar folks who might say the three different pronouns violate some rule. They may be correct. But we're not writing for the elite. We're writing pulp fiction for people who actually have a pulse, and that sentence makes perfect sense to the average person.

When dealing with more than two people, or two people of the same gender, things get more complicated. Just remember, only repeat a character's name if not doing so will confuse the reader.

For a few days, CROOKED ROADS is available for FREE on kindle. This is your chance to read it without sparing anything but a little time.
Posted by AC at 5:39 AM No comments:

The
Dangerous Women
issue of
Pulp Modern
is now
available
on
kindle at Amazon.
Posted by AC at 11:47 AM No comments: 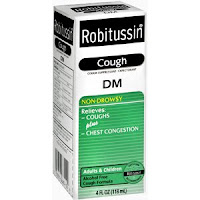 So last week we talked about attributing thoughts to your pov character. Let's continue that line of discussion. I am especially fond of third person close. It's almost first person but without the hassle of seeing the word I all over the page. Remember: Third person close means just that--We don't EVER know the thoughts of other characters, only the protagonist (or whomever you've attached your third person close to).

How do we know what other characters think? By their actions, of course. Our protagonist witnesses what the other people in the story do. He or she might even develop an opinion about those actions. A clever writer, of course, will allow the protagonist to develop an opinion that may differ from the reader's opinion. The important thing is, those actions are observed only.

John saw her put the bottle of cough syrup in her coat pocket.

But since we are, essentially, the mind of the protagonist, there is no need for the John saw.

John walked past the aisle of cold remedies. He saw Cassie open a box of Robitussin DM. She put it in her coat pocket.

Now, for those paying attention, you'll notice that there's still too much information in that sentence. Thus, it should read like so:

John walked past the aisle of cold remedies. Cassie opened a box of Robitussin DM. She put it in her coat pocket.

There's no need to ever tell us John saw, or looked at, or heard anything. Simply state what the protagonist is witnessing as a matter of fact.
Posted by AC at 9:17 AM No comments: