So folks are making their best of lists for 2013.  I had to host a radio show about books in order to allow an official excuse to take the time to read (and now I'm applying for PhD programs--my own version of AA's definition of insanity...).  The result is that I didn't read nearly as much as I should have.  Here are my favorite three books that I was not in some way involved with (if you don't have the All Due Respect anthology, then you've missed out; Chris Rhatigan just may be the hardest working man in this LUCRATIVE independent publishing business!)--

My favorite book of the year was Country Hardball, by Steve Weddle.  Steve's refusal to tie up every loose end in the collection helped me with my MFA thesis.  Before I read Country Hardball, I was scrambling to make sure I had every character and situation explained.  Realizing that wasn't necessary was liberating.  And, you know, the stories in Steve's book stand on their own and some are emotional knock-outs without being sentimental.  A wonderful trick only the best writers can accomplish.

I'm a fan of originality.  I was lucky enough to read collections by two of the most original writers in this LUCRATIVE independent scene-- David James Keaton's Fish Bites Cop! and Glenn Gray's The Little Boy Inside and Other Stories provided hours of imaginative fiction that generally traveled to the very edge of realism.  Whenever someone says something moronic and defeating like, "There's no original ideas," I send them over to Mr. Keaton or Mr. Glenn's work to have a look at just how many possibilities still exist.

I read a lot of other great books and I apologize if I didn't mention them here.  I wanted to make sure these three books got mentioned in the end-of-the-year discussions.
Posted by AC at 6:01 AM

Alec Cizak is a writer and filmmaker. His work has appeared in several journals and anthologies. His most recent novel, Cool It Down, is available from ABC Group Documentation in 2021. He is the editor of the fiction and culture journal, Pulp Modern. 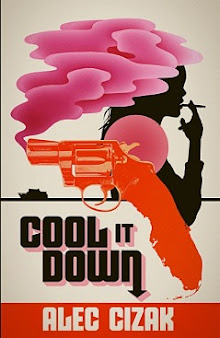 Mr. Cizak's most controversial book to date. Don't be a rainbow-colored parrot. Buy, read, and review this book! 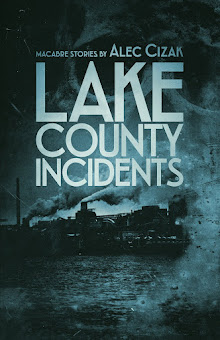